Are Cannabinoids stored in fat? Yes. After you smoke, THC is stored in the body. Research has shown that small levels of THC can be released back into the body after you exercise, however, not enough is known concerning whether or not the release of this cannabinoid can cause mental or physical effects that are similar to the effects you would experience right after smoking marijuana or eating products that contain THC. So far, researchers claim that only a small percentage will be released into the bloodstream, however, it can be enough to trigger a positive result on a drug test, even if the user has not smoked or used THC-based products for several weeks.

Neurons communicate with each other, in addition to the rest of the body by sending out a chemical message. A message is sent to help regulate and coordinate everything a person does, thinks, and feels. Usually, these chemicals are released from a brain cell, traveling across the synapse before attaching to a specific receptor that’s located on a nearby postsynaptic cell. This will cause the receiving neuron to spring into action and causes a series of events that will allow the message to continue to be passed along.

However, the endocannabinoid system communicates its messages in a variety of different ways. Once the postsynaptic neuron has been activated, the chemical messengers within the endocannabinoid system, are created on demand from fat cells that are present in the neuron. Cannabinoids are then released from the cell and work their way back to the presynaptic neuron. The cannabinoids will then attached to the receptors. Because cannabinoids work on presynaptic cells, they have the ability to control what happens next, once the cells have been activated. Generally speaking, a cannabinoid basically acts like a dimmer switch for a presynaptic neuron, minimizing the amount of dopamine that is released. This, in turn, will have an impact on how a message is sent, processed, and received by the cell.

THC the psychoactive chemical found in marijuana can have an overwhelming effect on the endocannabinoid system because it can quickly attach to the receptors throughout the body and brain. This can interfere with the body’s natural endocannabinoids, preventing them from doing their job of precisely communicating between neurons. Since these receptors are found in so many parts of the body and brain the effects can be very wide-ranging. It can disrupt a person’s ability to remember things that recently occurred, it can slow down their reflexes and general reaction time, and it can even impair judgment or cause anxiety. This chemical can also affect portions of the brain that make a person feel good. Over time, THC use can actually have a negative impact on how the endocannabinoid system works in certain portions of the brain. This can ultimately lead to mental health issues and memory problems.

How THC is Stored in the Body 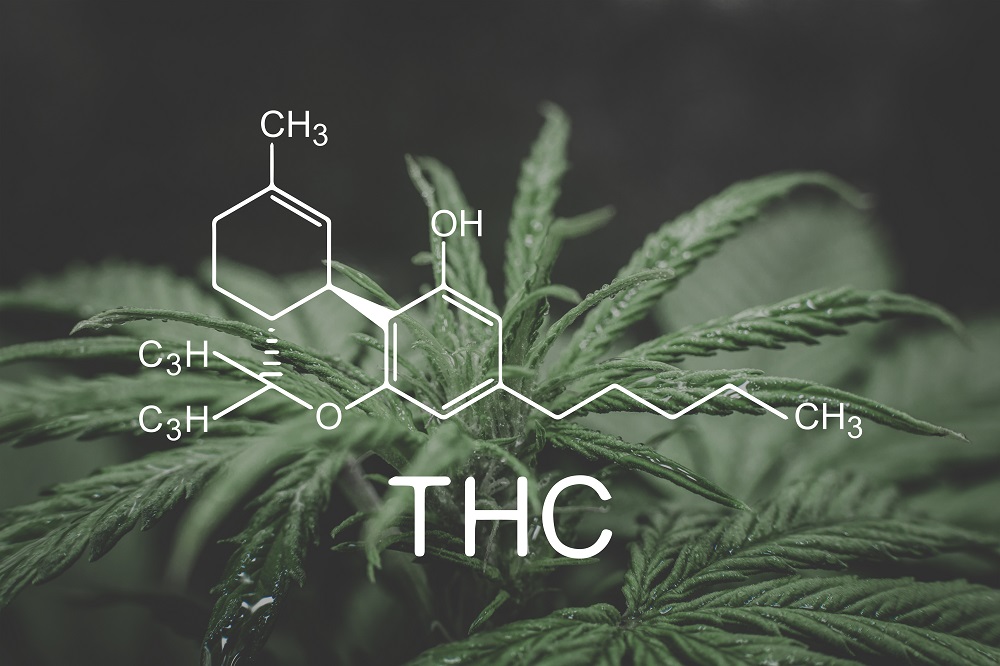 THC is actually stored in the body, in fat cells. One study found that levels of THC were much higher in people immediately after they exercised. Unfortunately, the levels were higher by an average of 16%. This increase in THC levels in the body can be enough to cause a positive test result, suggesting that the user recently got high when they actually didn’t.

Scientists have known for years that THC is stored in fat and can at times cause positive test results even several weeks after a person has last used marijuana. But now it’s also obvious that exercising can lead to an increase in THC levels in the blood and urine as THC is released from fat cells. The same study tested 14 regular marijuana smokers who used marijuana an average of 1 time of day. The study required participants to abstain from use for at least 24 hours before testing.

During this time, the researchers also measured the participant’s body fat based on the body mass index. This experiment found that changes in cannabinoid levels after exercise increased with a range of 0% to 35% based on people with a higher body fat content. People with a higher body mass index showed a significant increase while very thin people had no effect. Of course, this increase and THC levels were very short-lived and dipped significantly after a period of 2 hours. But the study did prove that THC stored in body fat can still have an impact on people once the fat is burned, allowing the release of stored THC in the body.

Can THC Release Cause Mental Changes?

However, was this level of THC high enough to cause mental impairment? Unfortunately, the results were unclear regarding the effects this increase in THC levels had on the mind and body. However, it is possible for stored THC to affect us both physically and mentally once it has been released from fat cells.

This research has found that even people who exercise regularly and do not smoke can have an increased level of activity in the brain’s natural endocannabinoid system which can lead to the release of the body’s equivalent of THC. Those chemicals contribute to a runner’s high feeling or the type of adrenaline rush that you feel after you exercise. These endocannabinoids can present as dreamy, pleasant feeling during a workout or even during a type of stressful experience.

However, learning how this second release of THC from working out and/or traumatic events, can have an impact on behavior and judgment can be critical in determining how THC testing is performed in a variety of settings.

When you consume or smoke marijuana you can feel the effects immediately. But even after those effects have diminished metabolites from the marijuana remain. This means that there is a chemical remanence of the plant present within your body. These remnants are cannabinoids that can be detected in urine, blood, fingernails, hair, and saliva.

A drug test will look for the presence of THC and metabolites. Typically, only the urine is tested since it’s the easiest to collect and because cannabinoids can remain detectable in urine for a longer period of time compared to other types of drugs. THC has the longest detection time, up to several months, because the THC remains in the body’s fat cells. Because of this, most detox kits on the market are designed to flush the body of any type of detectable THC.

These kits often that come with shampoos, drinks, and tablets. Some even come with a mouthwash that’s designed to help you pass a saliva test. However, if failing a drug test is a big concern for you then you may want to avoid a detox since it can have additional effects that can make your urine look suspicious to lab techs. Many of these detox kits can lower the levels of THC using diuretic properties that can also cause the user to urinate a lot which will wash out the kidneys. This type of cleansing of the kidneys can decrease the specific density or gravity of the urine which can indicate contamination on a test. While it doesn’t mean that you failed the test it does mean that you may need to retake it.

Factors that Impact THC Storage in the Body

THC can be detected in the fat cells, in addition to urine, and blood. However, the length of time that it remains detectable in the body will depend on a variety of factors including:

Because there are so many factors that can come into play there’s no single standard detection time. Some researchers estimate that cannabinoids can remain stored in the body anywhere from 3 days to several months.

How Long Cannabinoids Stick Around

In the urine, these metabolites can remain detectable after long periods of abstinence. On average, it can remain in your urine for as long as one month after use. THC can build up over time in the fatty tissue and can slowly spread to the blood from there. According to some studies, exercise can cause stored THC to be released from the fat stores and into the bloodstream. In the blood, THC can remain detectable for as long as one week, based on how often you smoke. A person who smokes daily will typically carry metabolites for a longer period of time compared to someone who smokes occasionally.

Can You Get High From Burning Fat?

Yes and No. That runner’s high that some people experience is simply the release of the body’s natural endocannabinoids. But in terms of can you get high due to the release of THC stored in fat cells, most researchers argue that you cannot. However, more research is needed to determine for sure whether or not stored THC can cause the same types of effects that you experience right after you consume THC products or smoke marijuana.

Can Terpenes Make You High?

No. While there are many terpene uses, none will cause the same type of mental changes that cannabinoids do. Instead, they can enhance the effects of cannabinoids. However, they can have positive effects on the body and help to reduce pain, minimize inflammation, and boost energy. To learn more, read my guide on are terpenes cannabinoids?

Is CBD Stored in Fat Cells?

Yes. When you use the CBD drops, such as the Diamond CBD Full Spectrum MCT Hemp Oil the effects will be felt immediately, however, since CBD is a cannabinoid like THC, a small portion of CBD will be stored in fat cells and can be released back into the body after you’ve burned fat. This is one of the reasons why CBD is a great choice to treat chronic conditions. More research is needed to determine exactly how long it will remain stored in the fat cells and what factors can have an impact on how much is released back into the body and when.

Are Cannabinoids stored in the fat? Yes. How long they’re stored there can depend on several factors including how much body fat you have, how often you exercise, how often you smoke, the quality of the marijuana you smoke, and how much you smoke. Some research indicates that once you work out, THC is released back into the body and makes its way to the bloodstream. In most cases, the increased level of THC will only be evident for a period of two hours and is typically not strong enough to cause a mental or physical high. Research is ongoing in order to determine what type of mental and physical effects can be expected for this release of stored THC in the body and how long this cannabinoid can remain stored in the body.