Everyone knows about CBD and the miraculous healing properties it holds. While research is slow to validate the claims, the power of CBD has been pouring out. You might hear about how your friend no longer has insomnia, and your grandpa no longer suffers from arthritis pain.

However, CBG is beginning to make its appearance in the market. This cannabis compound is making its name known, and its time you get to know about it.

CBG is short for cannabigerol and it’s being studied for its potential pharmacological properties. However, there are no clinical trials just yet. The plant is a few thousand years old, and there’s even one study dating it back to the 60s.

CBG, simply put, is a non-psychoactive cannabinoid that’s typically most abundant in high-CBD and low-THC strains such as hemp. Similar to THC, CBG reacts with cannabinoid receptors found in the brain. However, CBG acts as a type of buffer to the psychoactivity THC has by working to alleviate paranoia that’s sometimes caused by higher THC levels.

How is CBG Made?

CBG is found in lower levels of cannabis strains; typically, less than 1%. Therefore, it’s considered to be a minor cannabinoid. Cannabis plants produce CBGA (cannabigerolic acid), which is the precursor to 3 main cannabinoid lines including THCA, CBCA, and CBDA.

There are specific enzymes that break down CBGA and direct it towards one of these 3 lines. They are exposed to heat or ultraviolet light and they soon become the cannabinoids you are familiar with: CBD and THC. IN most of the strains, CBGA gets converted immediately to CBDA or THCA. Therefore, more THC means less CBD and CBG based on how they are synthesized.

All Cannabinoids Begin as CBGA

CBG can be often known as the mother cannabinoid. When cannabis plants are in their early stages, they produce CBGA or cannabigerolic acid. As plants begin to mature, the CBGA is broken down and converted into THC, CBDA and even CBCA which are all parts of the cannabis plant.

From there acid forms of each compound is then converted to the different compounds we have come to know. CBDA converts into CBD and THCA converts to THC. CBCA converts to CBC. Because of how the plant converts CBGA, it’s difficult to extract CBG in meaningful levels from hemp. Most hemp plants have less than 1% CBG in them at harvest.

The body’s endocannabinoid system works hard to keep balance in the body’s homeostasis state. CBG can act on physiological systems and issues resulting in a number of medical benefits.

Cannabis holds a lot of pain relief properties and one study has found that 97% of patients used cannabis for more chronic pain. The pain relief can often be attributed to THC. However, studies on CBGA and CBG suggest that both will offer pain-relieving benefits. There was one study that found CBG can help with managing chronic pain better than CBD or THC.

CBG can help with keeping the brain healthy. It can help protect against cognitive decline which is great for people who deal with serious conditions including Huntington’s disease. There are also properties in CBD that can help people who suffer from Alzheimer’s disease or Parkinson’s.

Studies have been done showing that CBG has antimicrobial and antibacterial properties that are so potent they can help fight off MRSA.

Studies done found that cannabinoids and CBG can help reduce bladder contractions and this has proven to be beneficial for those who suffer from overactive bladder.

Why CBG Has Become Known as the Mother of All Cannabinoids 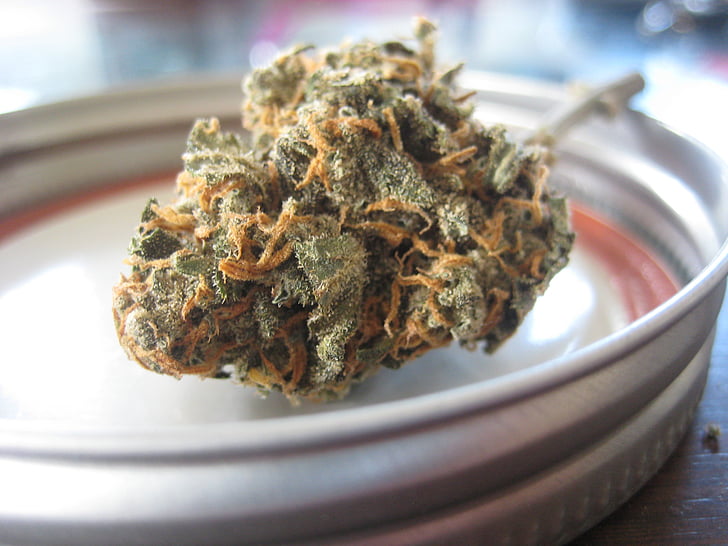 Initially, there’s just CBGA. However, when the right conditions are present, it can morph into CBG or any of the other varied acidic precursors that are known to precede cannabinoids. CBDA, THCA, and also CBCA all start as CBGA. Once its transformed into these precursors, chemicals become more medicinal potent forms. This includes CBD and THC. These chemicals also can shift again with age and can turn cannabinoids such as THC into some other cannabinoids including Delta-8 THC and CBN.

CBD is a chemical compound from the cannabis plant. This plant is also known as the marijuana plant. This substance is found in edibles and oils to give you a feeling of relaxation and calm. Uline THC, CBD isn’t psychoactive meaning it won’t get you high.

This hemp-derived oil offers a high level of CBD and low levels of THC. This is just one of the many cannabinoids found in the Cannabis Sativa plant. CBD is different from CBG and offers a different chemical structure and concentration found in the plant.

For a better look at the CBD products that are out there, check out our detailed buyer’s guides for the top CBD drops and creams.

CBD is obtainable in most parts of the country, but its legal status remains in flux. All states have different laws legalizing CBD with varying levels of restriction. While the federal government does consider CBD in the same category as marijuana, they don’t habitually enforce it. The FDA eased all regulations in 2015 allowing researchers to conduct trials on CBD.

Currently, many people will try to obtain CBD online without having a cannabis license. The standpoint the government has on CBD is confusing, and it also depends on where the CBD comes from; marijuana or hemp. CBD’s legality is expected to change and there are currently bipartisan outcomes in Congress. This would make the hemp crop legal, which, for all purposes and intents, make it hard to prohibit CBD.

Check out our in-depth look at the legality of CBD!

Side effects that come with CBD can include nausea, irritability, and fatigue. CBD also increases the level of the blood thinner coumadin. It also raises other medications in the blood the exact way grapefruit juice does.

There’s a concern with CBD that’s marketed primarily and sold not as a medication, but as a supplement.  This means you can’t know for sure if the product you’re buying has active ingredients or not. Additionally, there may be other unknown elements in the product making it unsafe.

Also, the therapeutic dose of CBD is unknown at this point for medical conditions so be sure to use with caution if you do decide to get into CBD.

Here are a few instances where CBD can be medicinally beneficial:

CBD helps to reduce the symptoms that can be related to cancer and other side effects that come with it including pain, vomiting, and nausea.

While there are drugs that can be beneficial for these symptoms, sometimes they can be ineffective, and this is when people start looking for alternatives.

Acne has become a common skin condition that has affected about 9% of the population. Several factors can cause acne such as bacteria, oily secretions, genetics, and more.

Recent studies done have shown that CBD in the form of oil can help reduce the appearance of acne and this is due to its anti-inflammatory properties. It also helps to decrease sebum production.

Take a look at our favorite cream for acne!

There have been recent studies done that show CBD has several benefits to the circulatory system and the heart. This includes the ability to lower blood pressure.

Because CBD can act on the endocannabinoid system, it’s been seen to help with neurological disorders. One study showed CBD can help people who suffer with multiple sclerosis and epilepsy. While research is still new, several studies have shown promising results.

CBD has been shown to reduce seizure activity in children who suffer with childhood epilepsy as opposed to a placebo. However, some studies did show that there were some adverse reactions experienced including fatigue, fever, and convulsions. 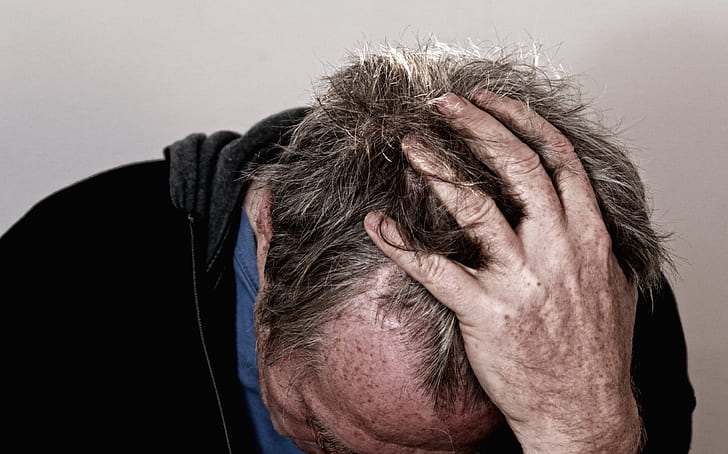 Depression and anxiety are two common mental health disorders that people suffer with daily. They have proven to have devastating impacts on overall well-being and health. Anxiety and depression are ranked as the 6th leading contributor to disability in the world.

There are pharmaceutical drugs that are designed to help treat these conditions which do come with some side effects including agitation, sexual dysfunction, headache, and insomnia. Medications including benzodiazepines for some can become addictive.

CBD can help treat both anxiety and depression giving people a more natural approach to relief as opposed to the pharmaceutical method.

The Difference Between CBG, CBD, and THC

Perhaps the main difference between THC and CBD is that THC is what gets you high while CBD doesn’t. There has been a lot of research done on CBD focusing on its ability to prevent seizures. The FDA recently approved CBD in a pharmaceutical-grade for use in children with severe seizures. However, there’s also research done showing CBD can also be beneficial for inflammation and anxiety. There are even some studies showing it can have anti-cancer properties to it.

However, CBG is shown to be similar to CBD since it also poses non-psychoactive properties. There hasn’t been research done showing its effects on the human body. However, there is a growing amount of interest as it has been shown to pose several different clinical uses.

When it comes to finding a great CBG product it can be a little tricky at times. It’s a lot harder than most people think to find CBG products. Additionally, neither CBG nor CBD are regulated by the FDA so it’s a little trickier in regard to doing more legwork to ensure you are getting a high-quality product.

Make sure when you are choosing a company to buy CBG from the company uses an independent lab to test their product. Before purchasing any CBG products, be sure to find out whether the products are tested by third-parties or not. Make sure to read lab reports and these should always be available via email or on their website.

With full-spectrum CBD, you’ll find it contains just a small level of cannabinoids. These are going to be a lot easier for you to find as opposed to CBG-only products.

When it comes down to choosing between CBG and CBD, which one is actually better for you? Both of them have several benefits and can actually provide a lot of the same effects including boosting your appetite and relieving pain. CBG might be better for eye health and bladder dilemmas while CBD can be great for depression, anxiety, and can help to prevent seizures.

Both of these are great for reducing pain, protecting the health of your brain, and treating cancer. Both actually work great in unison together. Using both of them together is safe while offering and entourage effect. Both can give you several overall benefits to improve your health.