CBG, or cannabigerol, is a non-psychoactive cannabinoid. It’s typically abundant in high-CBD and low-THC strains, which include hemp. But what is CBG really good for and what are some of the benefits?

CBG appeared in literature back in 1964, but it hasn’t received a lot of research like the more abundant cannabinoids. But there has been a lot of research done showing its benefits and how it can help with several ailments and chronic issues.

For a detailed look at the difference between CBD and CBG click here!

Cannabinoids and the Effect They Have

In recent years, there have been several US states that have recognized marijuana as being beneficial to aid in overall health. But, why does cannabis make you feel good after you take it? That’s because various compounds are found in cannabis, and most won’t get you high. However, these compounds do play a vital role in how useful cannabis is.

THC is something we all recognize. It’s the most common cannabinoid found in weed. It’s the chemical that allows people to feel good after consuming marijuana. It reacts with the brain’s receptors and the central nervous system to create a psychoactive effect.

THC is the first thing we think about when we think about marijuana. After all, cannabis plants without THC are basically hemp, which has different standards legally.

CBD is found in marijuana but has more medical benefits. It’s known for its ability to help individuals who suffer from inflammation, pain, and other conditions. More studies are being done showing this compound can help with a number of ailments. To learn much more about CBD products, we have put together a detailed guide of the top CBD edibles and creams for you!

CBG is known as being the parent compound of both CBD and THC. When exposed to ultraviolet heat and light, this compound breaks down into CBDA and THCA.

Several benefits come from CBG. Some of these can include glaucoma, irritable bowel syndrome, inflammation, and more. CBG won’t give you the feeling of being high and in fact, has been known to counteract paranoia and other intense feelings THC can make you feel.

Researchers have begun to notice that CBG has several benefits to people who choose to use it. Studies are limited and still in the earlier stages, but here are some ways that CBG can benefit you.

Research has shown CBG has become effective in treating several various conditions and symptoms. Some of these can include: 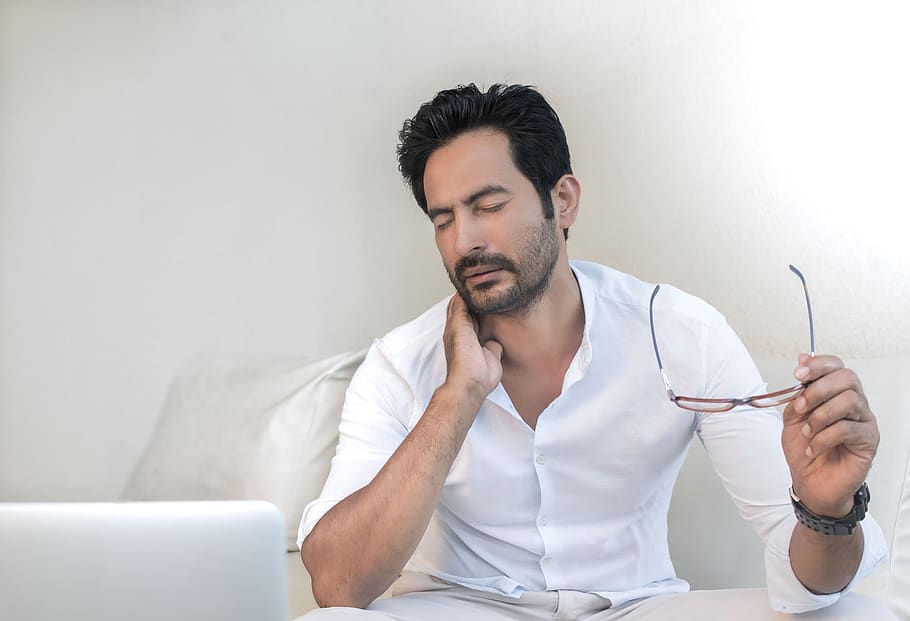 CBG has gained popularity for the pain-relieving properties it has. There was a study done that found 97% of patients that used cannabis used it for chronic pain. Another study done by the Academy of Sciences reported that cannabis has become an effective chronic pain relief agent.

This is due to the THC, however studies that were done on CBG as well as CBGA suggest that both offer pain-relieving advantages as well. There was a study done showing that CBG was more beneficial at relieving pain than THC and even CBD.

CBGA and CBG can also be used for inflammation. Some scientists believe they may help with people who suffer from inflammatory conditions such as irritable bowel syndrome, or IBS. One specific study looked at its effectiveness on IBD. Scientists induced colitis into mice and inflammatory markers were watched for. Researchers found that by giving mice CBG, inflammation was relieved.

CBG Use for the Brain

CBG is probably most well-known for its ability to serve as a neuroprotectant. This might be due to the anti-inflammatory properties have on the brain which can play a huge role in neurodegeneration. There were studies done on CBG’s effect on mice that were altered to mimic Huntington’s disease, CBG worked to reduce inflammation.

Not only did it reduce inflammation, but it worked as an active neuroprotectant against brain degeneration. CBG even helps to promote neurogenesis which is the growth of newer brain cells.

CBG has been shown to help with reducing glaucoma due to how it reduces intraocular pressure. The eyes contain several endocannabinoid receptors that can be activated by cannabinoids such as CBG. Intraocular pressure can shift as a result of them being activated. While cannabinoids have been helpful, there are some studies that show CBG can be helpful with decreasing pressure and speeding up the draining of fluids.

Falling asleep can be a nightmare, and sleeplessness has become considered a health crisis. If you find yourself struggling with getting a good night rest, CBG has been proven to help. CBG oil has grown in popularity especially for people suffering with insomnia.

People with sleep problems can benefit from using CBG. CBG oil is becoming increasingly popular, especially for people with insomnia. Other problems associated with stress include anxiety, stress, depression, and also insomnia. So, if you want to get a good night’s sleep, consider adding a few drops of CBG oil before bed.

Studies have shown that taking a dose of 300mg of cannabidiol has significant effects on anxiety and depression. CBD has been known to bind to certain endocannabinoid receptors in your brain that help to mitigate pain and also anxiety. 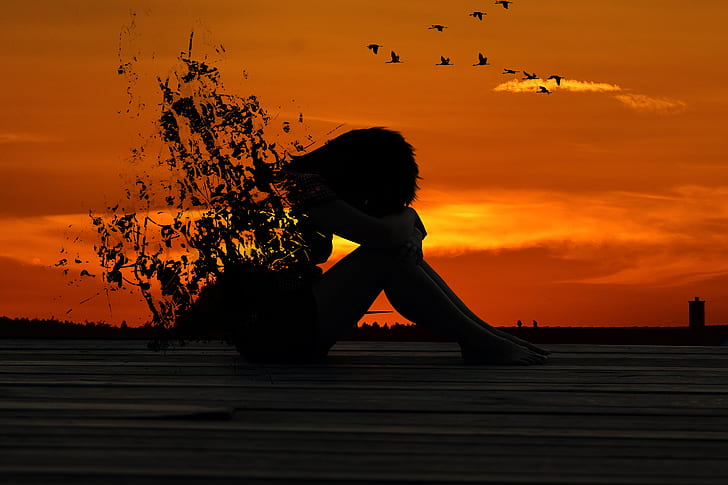 In terms of generalized depression (GAD), the National Institute for Drug Abuse (NIDA) states that CBG reduces stress. The research turned out to be more surprising when researchers found that. the physical symptoms of anxiety, such as increased heart rate can be reduced by the use of CBG drugs.

If you are constantly afraid and are suffering from anxiety, CBG can help you get you out from this situation.  Unlike other physical problems, mental disorders such as anxiety and depression are very difficult to control. Therefore, if you systematically take CBG, it will not take a lot of time to recover.

CBG also can help with psoriasis. Normal mechanisms that regulate the development of skin go awry and can lead to a thickening or reddening of your skin in certain areas. CBG can inhibit this effect and researchers have suggested CBG could help.

There was research conducted in 2015 that found CBG, among other cannabinoids, was the most effective with reducing bladder spasms and contractions. It also helped alleviate other symptoms overactive bladder may cause on sufferers.

CBG as well as other cannabinoids have been proven to help with bone growth. It can also help with healing fractures and strengthens connective tissues. Therefore, CBG has been shown to be an effective treatment for those suffering from osteoporosis.

CBG affects both the brain and body. The exact cause of these results is unknown. Thus, cannabidiol acts as a chemical protection against brain damage, affecting pain, discomfort, and brain function. Preventing chemical breakdown and raising blood levels can reduce the psychological symptoms associated with conditions such as schizophrenia. In addition, cannabidiol reduces pain and discomfort.

One of the first studies of CBG Drugs showed effects on the brain. Unlike CBD and THC, CBG does not cause erythema or conjunctival hyperemia and triggers voluntary treatment.

CBG also has positive effects to being anti-immune. CBG also acts as an antidote and protects the nervous system from injury.  CBG, along with many other cannabinoids, has anti-immune properties. When scientists tested it in a laboratory against a variety of Staphylococcus aureus, CBG was found to contain essential antibodies. These findings are important for the future as antimicrobial resistance remains common.

What is CBG Good For?

CBG is commonly used to treat anxiety, and for sleep-deprived patients. Studies show that CBG can help with getting good sleep and staying asleep. It can provide an option to treat several types of chronic diseases. Studies shows CBG products like CBG oil applied to the skin can help reduce pain and inflammation. These products inhibit inflammatory and neuropathic pain; two of the most difficult forms of chronic pain.

What is CBG Used For?

CBG has been found to help improve immune function and maintain neurons in neurodegenerative diseases such as Huntington’s disease. Although research is limited to CBG, there are studies available.

CBG can help with these following health conditions:

Blood pressure. Some cannabinoids affect the accumulation of the bladder. The 2015 Weak Source study looked at how 5 different cannabinoids could affect cats and found that CBG promises to treat pump symptoms.

Infectious diseases. Data from a 2008 study suggested that CBG could kill bacteria, particularly MRSA, which causes staphylococcal infections. This vaccine is difficult to treat and may be harmful.

Cancer. Colon cancer in tumors was reviewed in a 2014 Preventive Source magazine and that CBG may und the growth of cancer cells and other tumors.

Loss of happiness A 2016 study Find CBG can satisfy happiness. Antidepressants can be used to treat conditions such as HIV or cancer.

As these studies promise, it’s good to remember that they are not sure CBG is effective. Further research is needed to fully understand the use of CBG in the body.

CBG oil has beneficial effects include relieving pain, relieving labored breathing, relieving anxiety and depression, and neuroprotective effects. It also improves skin and bone health and helps to treat a wide range of conditions, including exposure to fluid especially on the body and even cancer. CBG also has antibacterial, antifungal, and antimicrobial properties.

CBG oils shares some similarities with THC. However, it differs from THC because it does not have the same psychoactive effect as THC on consumers. This means those of you who consume CBD products including CBG oils do not experience the “high levels” often associated with cannabis.

What is CBD Used for?

Cannabidiol is most commonly used for seizure disorder. Studies have shown that doctors test CBD drugs to treat their patients for this disorder. And most importantly, it is also used for anxiety and to relieve pain. Though CBD drugs have shown good results, there is no good scientific evidence to support these uses.

There are worldwide studies that continue to reveal various data leading to new ideas for its potential uses. This will continue to fuel innovation for production and extraction methods.

In the US, the recent passing of the Farm Bill legalizing hemp production and other hemp-derived compounds, the cannabinoid market with CBG and CBD is expected to grow.

In 2018, the CBD market alone hit $600 billion, which made it an even more attractive option for other country’s crop farmers. The production shows no signs of slowing down either.

CBD is becoming more and more popular among people everywhere for so many reasons. Find out what it can do for you today and start reaping the benefits!