Hemp benefits Hemp, also known as industrial hemp, is one variety of the Cannabis sativa plant that’s grown for industrial uses of its products. Hemp has become one of the fastest-growing plants. Additionally, it was one of the initial plants that were made into usable fiber more than 50,000 years ago.

Hemp sometimes gets confused with cannabis plants which serve as sources for marijuana. But what makes industrial hemp different from medicinal hemp? Let’s take a look….

Unlike marijuana, hemp actually is legal in all states. There’s less than 0.3% of THC found in hemp. THC is what gets you high, therefore hemp is not psychoactive. This is the biggest reason hemp isn’t illegal, and finally legalized by the Farm Bill back in 2019.

In products including hemp seeds as well as hemp milk, no cannabinoids such as CBD or THC are found. This means there’s no way it’s going to end up in your food.

Learn more about the legality of other Cannabis substances here!

How Does Hemp Grow?

Are you looking to grow hemp? Well, get ready because you’re going to need a lot of practice and a good guide. Hemp plants can be sensitive, and this means there are a lot of guidelines to follow when it comes to growing hemp plants. It all comes down to pH levels, the soil, the temperature, as well as other factors that are all taken into account.

If though you are growing hemp for CBD, male plants can’t be used, and you need to make sure if they are present, they are removed. This becomes an issue among farmers. Male plants do pollinate quickly, and this has caused people to lose thousands of dollars. 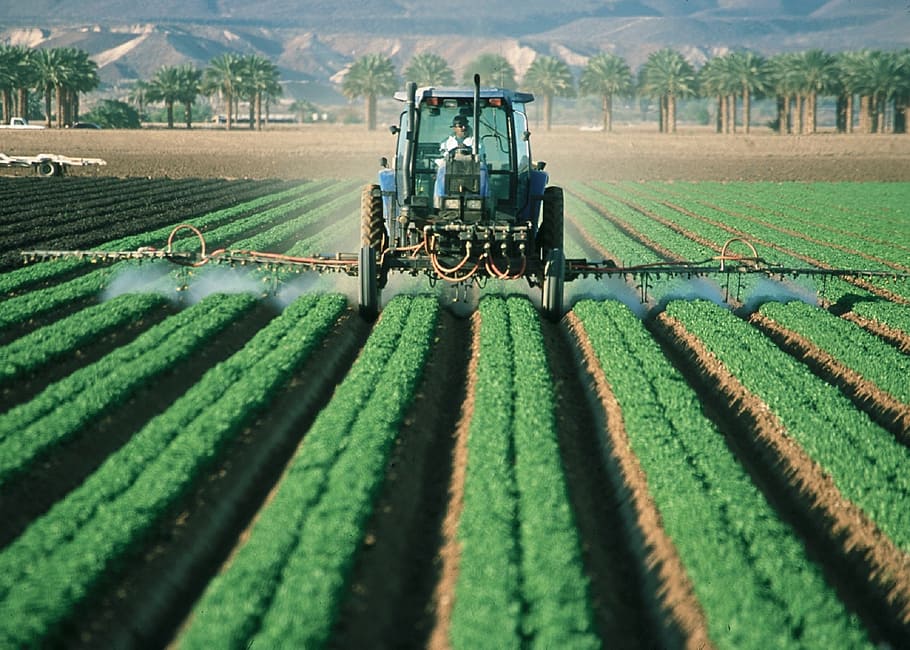 Most people are confused when it comes to hemp. Know that you aren’t alone though. There is a lot of hype and propaganda when it comes to this topic that seems to be taking the market by surprise. Industrial hemp is a term that refers to plants grown specifically for industrial purposes as opposed to making CBD products.

Industrial hemp has become a rather useful plant. There are literally thousands of uses for it. While it’s closely related to medicinal cannabis, it’s a very different type of crop and it’s used in a different way.

What Are the Hemp Benefits?

Depending on the product there are several advantages that people can enjoy with hemp. Some of these areas’ hemp can help with include:

Hemp has become used in the industrial industry more and more. There are many uses for it and here are some of them.

Industrial hemp has been used for several years. The debate with hemp vs cotton has been raging for several decades. Before cotton really started taking off, hemp would be used for clothing. That’s because hemp has fibrous stalks, which makes it great for weaving cloth. The fibers of hemp are versatile, but its use in clothing and textiles is one of its most common uses.

The prohibition of hemp means cotton has taken over. However, people have started to become aware of environmental benefits and some have even switched to hemp clothing.

Using hemp as a biofuel is an option that’s being discussed lately. As people begin to turn away from fossil fuels, scientists have begun looking for ways to make an environmentally and sustainable form of fuel. The cultivation of hemp has become more widespread and the more hemp that’s grown the more it could be used as a useful resource.

Hemp is not only viable to use as fuel, but it is even being seen replacing our plastics. Hemp plastics are seen in the bioplastics category and these are not exactly widespread just yet. There’s a plastic crisis that we are currently facing, and this is something that scientists are looking deeper into for the future.

Hemp paper has been around for hundreds of years. Ancient Egyptians even used hemp to create paper and this is what the first Declaration of Independence draft was written on. There are rumors that the first batch of hemp paper was made in 200-150 BC in China.

Paper is either made from short bast fiber (pulp) or long bast fiber (hurd) of hemp plants. Hurd is what’s used for strength while pulp paper is easier to make. One acre of hemp can produce as much paper as 4-10 acres of trees can make over 20 years. Hemp will grow faster than trees and there is also more cellulose.

Hemp was discovered to extract cadmium, lead, and nickel back in 2001. This study was done with hemp that was planted in soil that was polluted with sewage. Hemp plants also could be grown to help clean up the dirt in Chernobyl. 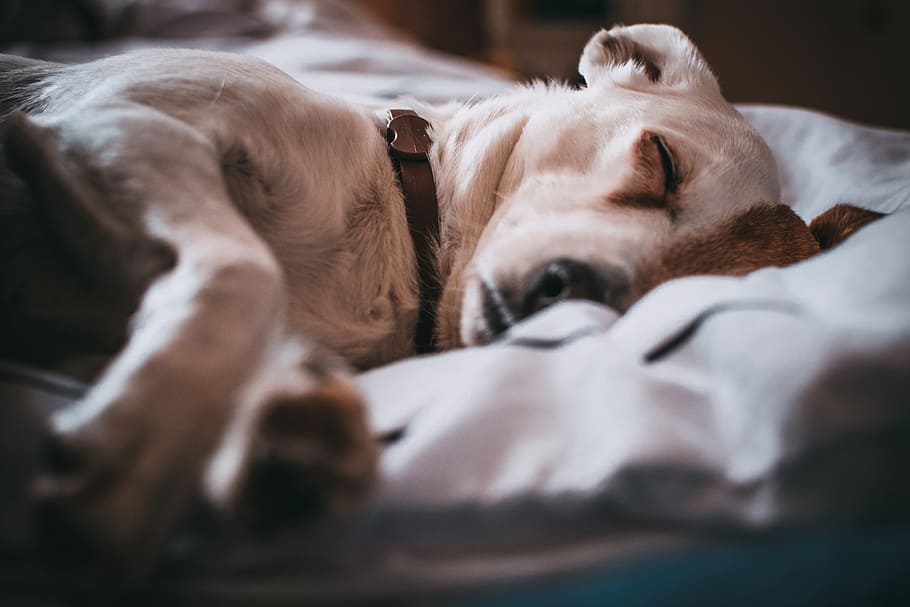 Humans aren’t the only ones who can benefit from the use of hemp. Hemp being used in the pet world has grown in popularity these days. There are several hemp products and treats that your furry friends could benefit from. There are several CBD retailers that offer hemp-based treats which is great for those looking to keep their pet healthy.

There are hemp foods that your pet can enjoy, but you might want to be careful. Certain animals such as dogs and cats can suffer if they are fed a vegetarian diet. Just make sure you are feeding them lots of protein as opposed to just hemp. Other animals might enjoy hemp as well.

Hemp is also found in dog toys and in pet bedding. As sturdy textiles become produced from this, you can be assured you aren’t wasting money on things that your pet is going to rip up in a matter of minutes.

What Is Medicinal Hemp?

While industrial hemp is focused on stalks, medicinal hemp is grown to produce flowers which are then used for CBD oil. You can find it as a pill form, nasal spray, and other forms. It’s primarily used for medical conditions that people might suffer from. The leaves and also the buds of medical hemp are also used to make the actual drug marijuana which is what people use to get high.

Medicinal hemp is ideal for things including pain and can even prevent or relieve vomiting. There are additionally anti-inflammatory properties as well as antioxidant properties to medical hemp. This is because cannabinoids influence the endocannabinoid system. This is the system that has an influence over the mood, sleep patterns, memory, and appetite.

Side Effects of Medicinal Hemp

Side effects that come with medicinal cannabis can include:

Problems with memory and thinking

There are tight regulations regarding medicinal hemp. That’s because there are strong medical effects that allow it to have the greatest effect for medical conditions while having fewer side effects.

Who Benefits from Medicinal Cannabis?

While there hasn’t been a lot of research done showing how beneficial medicinal hemp is, there are studies that have been done that show promising effects for people who suffer with terminal and chronic illnesses. This is beneficial for those who don’t get relief from other medications and can help control some of the side effects that other medicines may cause.

Research is being done to investigate the advantages medicinal hemp can have on conditions including:

Nausea and or vomiting from chemotherapy

Hemp is extremely versatile. There are so many uses for it. However, there are a few states that still make it illegal. There are hopes of this being changed and we can only hope for these new changes in the near future!

The root of Canadian hemp has been used for medicine and has been mostly used for ailments which can include arthritis, asthma, bloating, syphilis, and coughs. It’s also used for heart ailments including valvular insufficiency, and weak heart muscles as a result of pneumonia.

High CBD Medical Hemp is an assortment of cannabis exceptionally chosen for significant levels of the remedial compound CBD and low degrees of THC. High CBD hemp meeting these rules can be developed and sold legitimately in certain locales under modern hemp enactment.

Is Industrial Hemp Male or Female?

Developed industrial hemp plants generally comprise of a spindly fundamental tail covered with leaves. Considered a low-maintenance crop, hemp plants commonly reach between 6 to 15 feet in height. Hemp is a Male Cannabis type of plant. The same as all cannabis plants, all hemp plants are either male or female. It’s female plants which are developed to full development and gathered toward the finish of the period.

Does Hemp Help with Pain?

An individual can utilize hemp oil to help control inflammation and pain. Numerous people use CBD oil or hemp as a type of normal relief from discomfort, particularly if their pain comes as a result of inflammation. The individuals who prefer not to assume control over the counter or other prescription pain medications might want to turn to a hemp oil for some level of pain relief.

Difference Between Hemp and CBD?

CBD oil originates from the flowers, stems, and also leaves, and hemp seed oil uses an extract from cannabis plant seeds. Products containing CBD oils and hemp don’t commonly cause a high, since the degrees of THC, assuming any, will in general be low.

Which Is Better Hemp or CBD?

Hemp oil is only a supplement rich oil; it contains no cannabinoids and doesn’t receive the rewards of the escort impact. Hemp oil can be bought on Amazon however CBD can’t. In spite of the fact that the two of them can be utilized topically or ingested, you’re bound to use hemp oil topically and ingest CBD oil.

Does Hemp Oil Help with Anxiety?

Hemp oil has for quite some time been promoted for its potential anxiolytic or hostile to uneasiness impacts and studies propose that it might play an assortment of calming and against tension jobs in the body. CBD or cannabidiol is a bioactive compound gotten from hemp flower.

Is Hemp A Drug?

Compelling groups misconstrued hemp as a dangerous “drug”, even though hemp is certifiably not a recreational medication and can be a practical and beneficial crop for some farmers because of hemp’s clinical, structural and dietary uses.

Does Hemp Clean the Air?

Hemp is a perfect decision for phytoremediation since it’s quickly developing, has deep roots, and is unaffected by the poisons it collects from the dirt and the air. While hemp is cleaning soil, it likewise goes about as a carbon sink to reduce greenhouse gases.

How Hemp Can Change the World?

Hemp can change the planet as well as save it. At the point when developed for an enormous scope, the hemp plant absorbs carbon outflow from the earth. Essentially, hemp sequesters or ‘traps’ carbon from the air into plants. Every ton of hemp yield catches around 1.63 huge amounts of carbon from the air.